California is home to more diverse species and ecosystems than anywhere in the U.S. and the rich and varied landscapes of the Sierra Nevada-Cascade region host a majority of the state’s biodiversity. The region covers only one quarter of the state’s land area, but more than 60 percent of California’s vertebrate species, and 50 percent of its plant species call it home.

California’s State Wildlife Action Plan 2015 Update recognizes the “large array of habitats important for maintaining California’s wildlife diversity and abundance” and the important role the Sierra Nevada Conservancy could play in the “conservation and restoration of habitats for species at risk in the Sierra Nevada.” The California Department of Fish and Wildlife identifies 92 animals living in the Sierra Nevada and its foothills as Species of Greatest Conservation Need including the American Pika, Sierra Nevada Red Fox, and dozens more mammals, birds, reptiles, and amphibians. Across the range, over 200 species of plants found nowhere else in the world are listed as either rare or threatened.

The region’s biodiversity is at risk from large damaging wildfires. Although there are many threats to biodiversity in California’s Sierra-Cascade region, large high-severity wildfire is perhaps the most urgent. In one recent tragic example, the 2014 King Fire burned 97,717 acres in a matter of weeks, including nearly 50,000 acres at such high severity that it scorched the soil and killed nearly all plant life. Shortly thereafter, the Eldorado National Forest, which had been tracking Spotted Owl populations in the area for 23 years, reported the single largest population decline in the study’s history. To make matters worse, because the high-severity burn area was so large, it is unclear when (or if) much of this rich forest habitat will return.

View our most recent articles related to biodiversity. 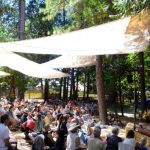