Mixed conifer forests of California’s Sierra Nevada-Cascade region play a significant role in regulating the climate. For thousands of years, they have absorbed carbon from the atmosphere and store enormous amounts both above and below ground. Today’s overcrowded forests absorb less carbon and are prone to damaging wildfires that threaten the security of existing carbon stocks. This past decade, large high-severity wildfires transformed our overcrowded forests, at least temporarily, from a net carbon sink to a major carbon source. The full extent of the impact to the climate is an active area of study and recent research indicates that unhealthy forests may pose a greater risk to California’s climate goals than once presumed. The carbon benefits of forest restoration treatments are well known and include a rapid post-treatment increase in sequestration rates, the amount stored, and the proportion held in large fire resilient trees.

View our most recent articles related to climate change. 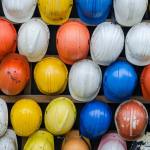 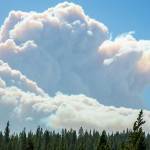 More of California's forest carbon is going up in smoke